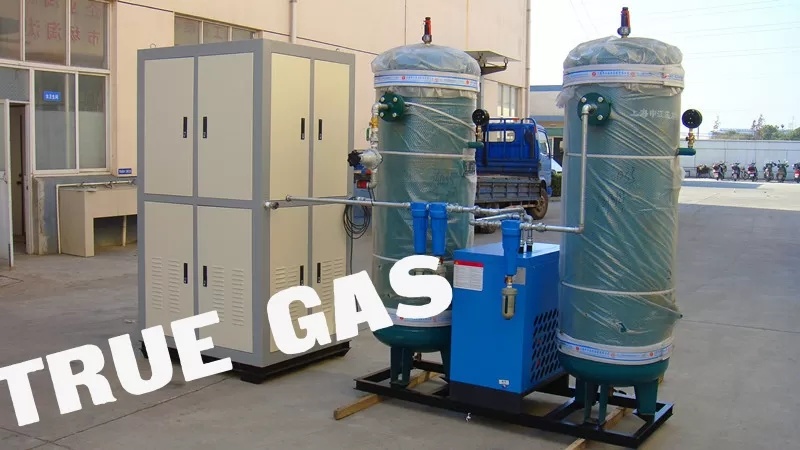 3. Nitrogen is produced by a membrane air separation method using air as a raw material, and uses gases with different properties (such as oxygen and nitrogen) with different permeation rates in the membrane under certain pressure conditions to separate oxygen and nitrogen. Compared with other nitrogen production equipment, it has the advantages of simple structure, small size, no switching valve, low maintenance, fast gas production (≤3 minutes), and convenient expansion. Especially suitable for small and medium-sized nitrogen users with nitrogen purity ≤98%. It has a good cost performance. When the purity of nitrogen is greater than 98%, it is more than 15% higher than the PSA nitrogen generator of the same specification.